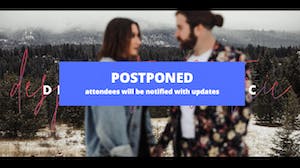 Dubbed ‘electro soul brilliance’, Desperate Electric has spent the past year honing in on that sound. Comprised of vocalist and bass player Kayti Korte and producer, vocalist, and multi-instrumentalist Ben Morris, the pair fuse elements of electronic music and live instrumentation to create a sound that transports you to past decades of funk and rock ‘n roll, while spinning you wildly into a futuristic soundscape.

Formerly known as DASH, Desperate Electric had a rocky start. The twosome began DASH with the intent to create and maintain a 4-piece rock band. During their first year as a band they released their debut album, ‘SUPER’, and began to tour regionally. Two weeks prior to their second regional tour they found themselves suddenly and unexpectedly without a drummer. Unable to find a replacement two weeks away from the tour, and rather than cancel the dates, they worked to find an alternate solution. Reverting back to his experience producing beats in college, Ben took on the task of creating MIDI drum tracks for their entire catalogue. By the end of the tour they found themselves also without a bass player, and upon returning to their hometown of Bozeman, MT their rock ‘n roll band was stripped down to just the two of them.

The following week, they recorded the first music that would foreshadow their current sound--the EP ‘Desperate Electric’; named from their experience of going electronic out of pure desperation and sheer willpower to keep the show on the road.

The pair continued the search for band members well into the year, filling the drum throne with a wild array of drummers from all over the nation. With no other options for bass players, Kayti was thrown into the role with a week to spare and they hit the road. After continued desperation to find drummers to tour full time and being let down time and time again, they called the search quits in June; reverting back to, and reinventing, the electronic elements from their tour earlier in 2019. The sound that has since been created feels both laid back and driven, a dance party and a quiet living room all at once.

Desperate Electric continues down the road, kicking off 2020 with a national tour and the anticipated release of their new album, coming spring 2020. 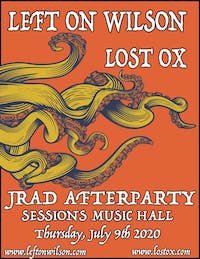